Among the starred restaurants in Italy, the Biagiali Family can boast 50 years of fine dining and hospitality. In 1971 Efresina Rosichini created a place of excellence in the Marche region. A few years later the restaurant was awarded with a Michelin star.

Everything started with Efresina Rosichini's passion and love for cooking. Efresina was a dynamic, revolutionary woman who became legendary for her simple, hearty food based on the use of top-quality ingredients. Her utmost desire was to offer traditional cuisine in a family atmosphere in her small town.
[READ THE STORY]

Her determination and curiosity led her to France, to Moulin de Mougins, the renowned 3-star restaurant of Roger Vergé, where she took a course in French cuisine. Here she gained the popularity and fame of the most important restaurant guides and international press including the New York Times and The Atlantic. Efresina became one of the most awarded women in Italy. President Andreotti conferred the award "Cavaliere del Lavoro" (Order of Merit for Labor) and, over the years, she received many prestigious international merits, including "Marchigiano dell'Anno". Her son Massimo Biagiali entered the family business in the '80s and started sourcing and promoting regional cuisine based on high-quality ingredients. He embraced the philosophy that a perfect dish should be "tempting, tasty and light".

Massimo's contribution brought a significant change to the restaurant. He placed special attention on local produce and rigorous selection of ingredients, thus stimulating the local suppliers towards achieving the highest quality produce. In 1975 an international engineering company was established in the town and the Hotel Ristorante Giardino welcomed guests from all over the world who arrived here on business. Twenty years later, in 1993, we were awarded with the Michelin star and in 1994 a new project was created "Le Sei Mete". It was formed by a group of 6 Michelin star restaurants that created a route of fine dining locations in Le Marche.

In the year 2000 Ristorante Giardino launched a new Catering service to bring their quality cuisine outdoors. Wedding receptions, events, aperitifs, corporate dinners or formal and institutional meetings such as the one hosted in Brussels at the European Parliament during the Italian semester.

In 2017, following his numerous experiences abroad, the Biagiali family welcomed the entrance of their son Paolo into the family business. With Paolo, the Hotel Ristorante Giardino looks toward the future and strives to meeting new challenges. "Evolution has led to our success, which we hope to maintain with the same passion that has always characterized our family". We look forward to celebrating fifty years of our professional and family life by thanking the people that have contributed to our success. Together with our friends and guests we are honoured to celebrate fifty years of professional achievements and passion for fine cuisine.

Hotel Giardino offers a welcoming ambience surrounded by a peaceful, rural setting. The beautiful fireplace in the front hall is a symbol of the warm atmosphere that reigns in our hotel and makes our guests feel cozy and right at home. 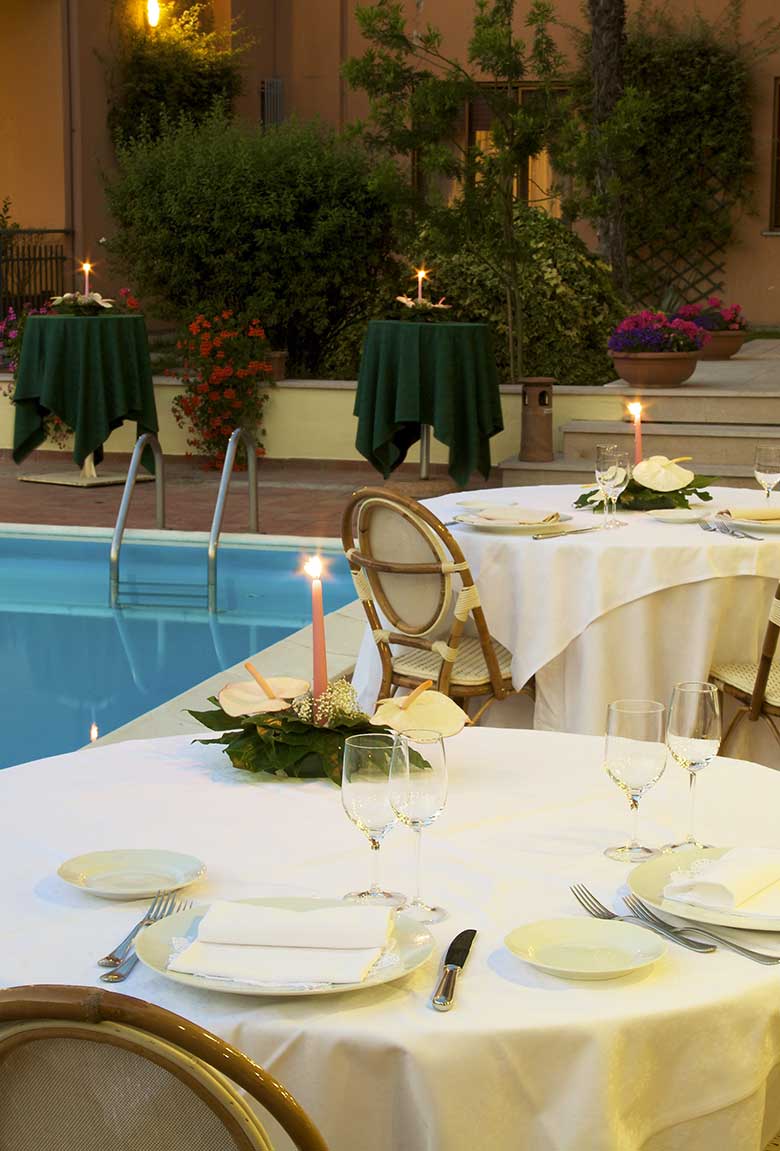 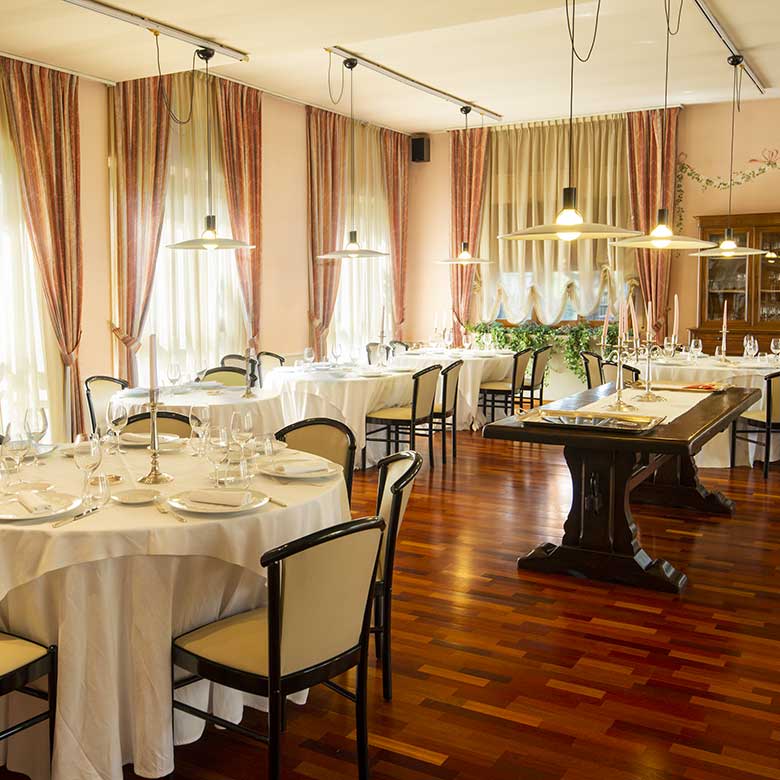 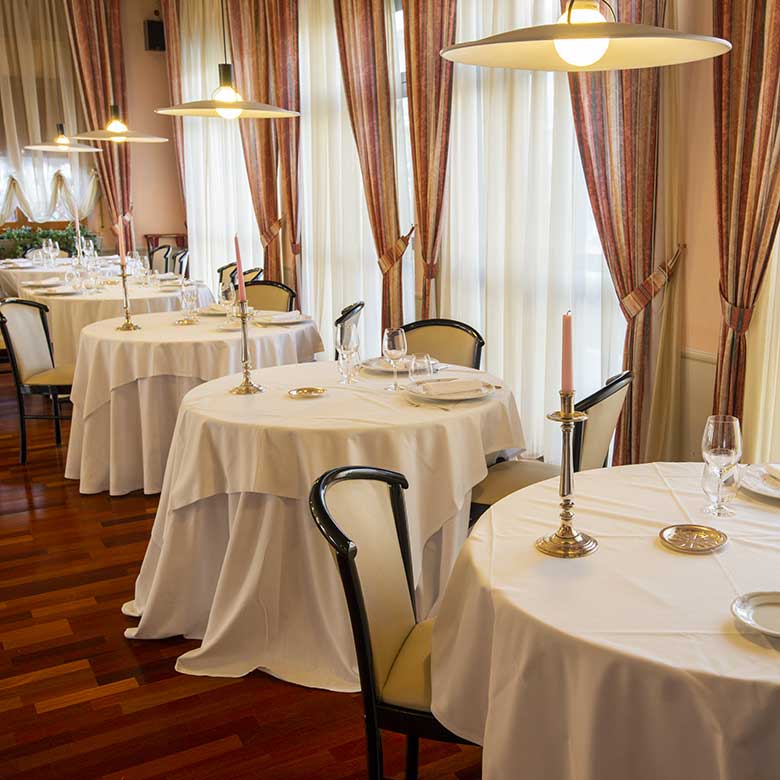 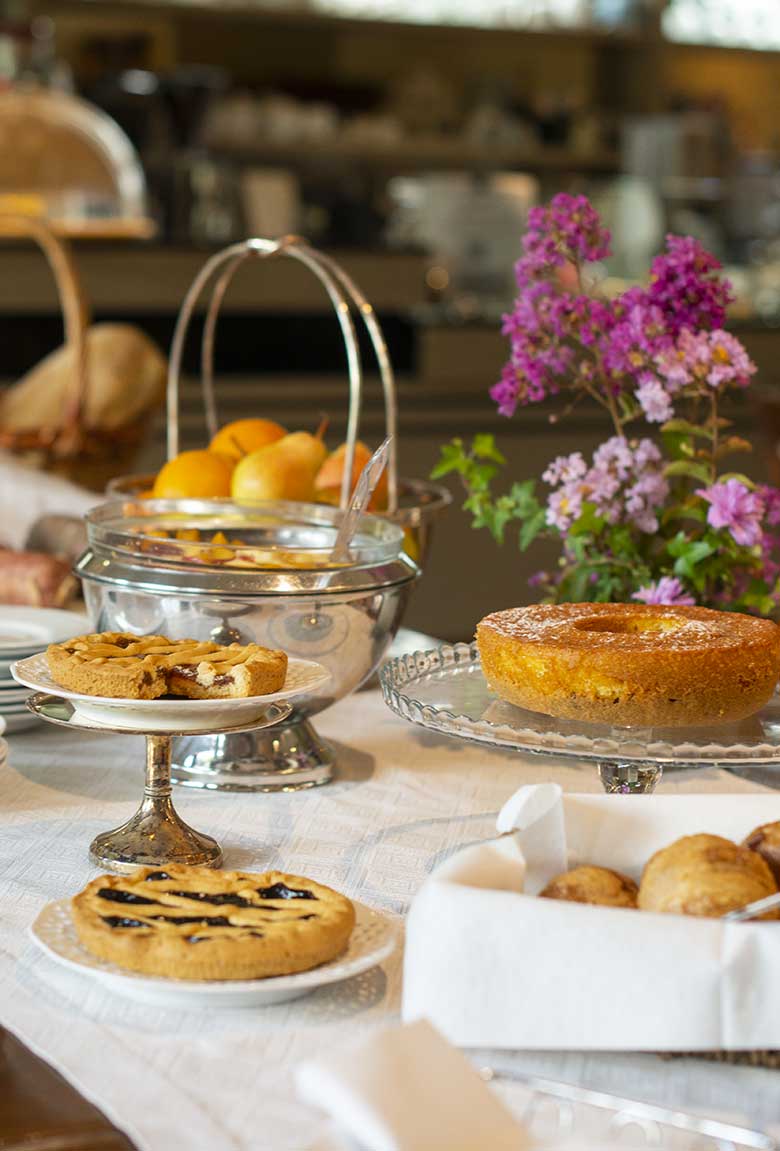 Our wine cellar features over 800 labels, all meticulously selected by Massimo Biagiali who has 30 years of experience as sommelier, chairman and lecturer for the Italian Association of Sommeliers.